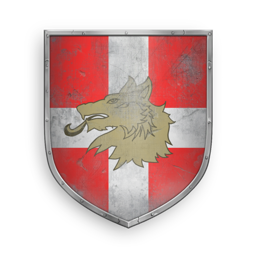 There is an option to demolish buildings with some resources given back, but there should be an option of demolishing fast without any return of resources - like immediate demolish. Dont you think so?

Kind of depends on your definition of "immediate." This is before gunpowder/explosives so bringing down a castle would take a while....but I see your point.

If going by the default

If going by the default settings, demolish is a bit faster and returns less resources (far from immediate though).

We increased the demolish time as the test world is relatively faster paced and increased the return price to make a decision less of a determining factor this early - so you can try more things unpunished (that said, we didn't expect your peasants would find another way to make your life harder).

I don't think an immediate demolish would fit well to the game, but a forced demolish, where you sacrifice the ability of a refund of resources in exchange of faster execution would probably make sense. Alternatively, we can just change the current demolish to work that way (no refunds) but be a lot faster. Not sure if giving two options for demolishment would be better than tweaking the current one. Your thoughts? :)

I think it's good it takes time to demolish stuff. Not only is it more realistic but also requires players to do more planning ahead when managing their realm.

Another point would be if the enemy is about to conquer one of your castles you could instantly demolish it just before that would happen. I assume you can conquer stuff from other players eventually.

Yes, war is coming in the

Yes, war is coming in the warfare build - not tomorrow, but it'll eventually happen.

Though it's kind of talking about the future - the fact is, it would be somewhat irrational that you can safely demolish a castle (or anything else) just when the enemy is about to take them. The current rule is that you can only do such things until there is no hostile unit on, or next to the given tile.

In the early medieval period, without cannons and strong explosives, it wasn't an easy job to actually demolish, say, a fortified castle. You need some time, engineers, workers... and they have to have the space and time to work on the task. None are granted with a hostile army just besieging your castle :)

You can still play out a Scorched Earth tactic, but just as it happened in real life, for that you still need to buy time by slowing your enemy down (ie. by provoking battles all their way to the given region), so you can finish the destruction before they reach the target. Though I guess you'd rather do that with farms first.