March has come roaring in like a lion - and I'm not talking the weather (although I certainly could - it's been crazy in both the States and Europe!)

Ops: We've fixed the remaining stuffs for full SSL support, various css/html errors, the twitter feed on the footer, the "wandering facebook like button" on the content types, updated the text editor and other Modules, etc. We've also finished some important tweaking of the backup system (as it tended to jam, burning our time). Our goal here was to minimize chances that the site would give us extra headache during our next development phase. ("Ops" is for information technology operations, ie. maintenance, deployments, updates, etc. to keep things running smoothly.)

We've created a short teaser of where we stand at the moment, showcasing our Game Frame & Local Game implementation from the last report. First, you can see the small Local Game Management console at the bottom of the screen, from where a local game can be managed and the player can join or leave a game in upcoming or running status (so long there are unreserved slots in the game). The framework is actually working - game is ticking when started, handles subscriptions correctly, sends the appropriate immediate (ie. statuses) or time-based (tick) updates to participants and so on. It can be also paused and resumed on demand. This console is for testing purposes, so likely won't be part of the final product (since we're moving game logic to the cloud) but it can demonstrate the framework's lifecycle (and make it testable) correctly.

The game implementation is already utilizing moddable elements. The world is initialized through a World Template, the map is generated - based on the World Template's settings - by a World Builder AI test implementation. The Game Frame is handling things the attached Director AI shouldn't touch (ie. the world calendar and time processing) while ticks, participant statuses are evaluated and processed by the Director AI (defined by the World Template settings). These AIs are not overly complicated - the test Director AI, for example, just slowly uncovers the edges of the world map for the player -, but can demonstrate the layers and roles of the underlying system. 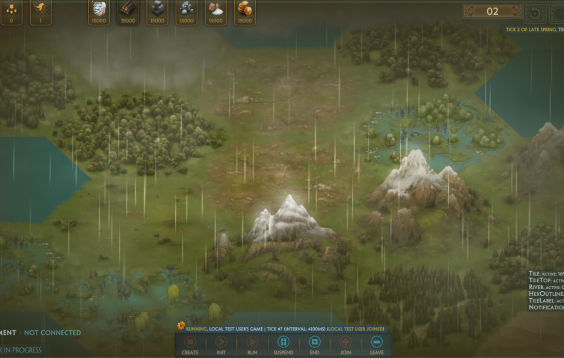 These effects will be generally controlled by the Running Game's AI logic and template, so when there is a blizzard, it'll hit everyone the same way (Segmenting active effects to specific locations would be a bit overkill for a "visual flavour" kind of feature, but in theory, that could be achieved as well). It's about half-done, with a few bugs to fix and some implementation logic still to be written. 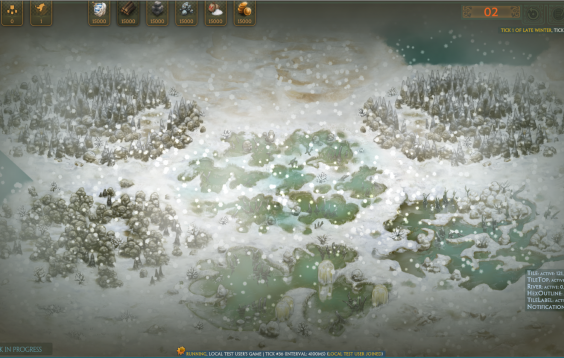 There is an ongoing poll for modding priorities, please take a look and cast your votes. We've also re-opened our other poll about platform priorities, don't forget to also vote there if you haven't already. Yes, both questions mean we're crawling towards a new demo.

And last, but certainly not least, Sándor is also turning his engines back on, and will continue working on arts and assets for the project. 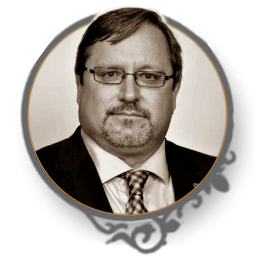