A few days back I've stumbled into this game while looking at projects on Kickstarter, and I found it rather interesting, though, I was sad to see the campaing wasn't very successful.

Needless to say, I registered and downloaded the demo, and so here I am with some feedback after a couple of hours playing the game.

That is all I could think of for now. I really love the concept of this game, especially the "free to win" part, which is one of the reasons why I loved Path of Exile where you can also buy cosmetic only stuff.

I hope that despite the failure of the kickstarter you can carry through and take this game to success! Until then, I'll excitedly wait for the next release! 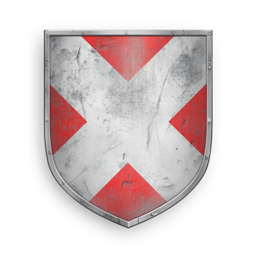 Wow - impressive feedback! Puts my hodgepodge of posts to shame :)

I think the next early access / test release is due in the next few days with some major changes and new functionality. One of the things I've noticed about the guys developing this is that they do seem to make huge step changes with each major release and they do read and react to feedback so hopefully you'll find some of your points addressed.

I hadnt thought about the population 300 in real terms (I guess I'm too used to suspending disbelief) but it is a very good point and well made ... just wondering now if I should make a comment about the unrealistically hexagonal mountains :).

Hi Retek,thanks for all the

Thanks for all the feedback! I'll try to address a few of them :)

That's two issues in one. First, you should be able to remove any command by long pressing it in the queue. It's a temporary feature until we add proper drag & drop support to rearrange or drop commands from the queue.

On the other issue (the sign-on syncing problem between the site and the game): it's a bug that is randomly appearing for players. Derek (our server side guy) is currently investigating the problem.

It's an interesting idea. I can easily imagine it would be added at some point.

Thanks for reporting them, I've added it to our to-do list to investigate.

It's a feature by design, the problem is with the unfinished hint texting. Players should be able to add multiple upgrade commands to the queue - that's the main point, to ease the micromanagement part - but the hint text on the card or the tile queue currently doesn't take other commands (supposed future states) into account when suggesting what'll happen. So when you added upgrade the second time, it should have insisted an upgrade on the "supposed future state" the first upgrade command would create and show "It'll upgrade your Settlement to Level 3", instead of showing "Upgrade to Level 2" two times.

You still got Level 3 at the end since the server already has the feature implemented, it can see what is supposed to happen and can run such commands accordingly (note: it also removed the price of Level 2, then Level 3, and not twice the Level 2 prices). Hints just couldn't follow this on the client yet. It's on our to-do list though as it's pretty confusing.

Yep, its an oversight in the implementation. It was meant to remove at the beginning (since the command doesn't even start being processed if you don't have the resources). However, we could also implement a continuous payment of fractions with works put on hold if/until the player can pay the next fraction. Pro and Con is the same thing: it would be easier to start something your economy is not prepared for.

I agree on the tooltips and it's on our to-do list. It's a bit more difficult than it sounds though as the game is playable on tablets too. There is no hovering there. We're trying to bring tooltips to all platforms at the same time as a unified system (the action to show tips don't have to be the same on all platforms though).

I also agree on that a couple major information should be presented on a more intuitive way - especially as like you just pointed out, the majority don't read articles or download instructions :) Opinions vary - even within the team - whether we should add disabled features with a "coming soon" tip or should leave them out altogether until they are added. Might also worth noting that not all planned feature has a UI element yet at all (so there are info we couldn't place in hints).

While it's not a factor yet, swamps are great natural barriers against invaders and in the distant future :), when we're past the first five big milestones (or when players upvote it's implementation), they'll be a lot more important as having swamps can unlock specific feudum states (which is kind of a lightweight combo system for creating specialized local economies).

It's also worth noting that it'll be less of a factor once you're able to a) claim more land b.) trade with others. Currently, we could tweak the "starting location" rules to avoid placing swamps into players' home region if its irritating for more players. But once at least one of those options is available, starting locations become less biased anyway (as currently it's made sure you can get all resource types in your home region, otherwise you'd be potentially stuck)

Added to the to-do list. :) Actual gameplay features and UX takes priority at the moment though (unless players will vote differently in the coming polls).

I have to say we're already good in this regard. In Civilization, for example, you still have cities of 1-2-3-20 population! ;)

(by the way, at some point we tried to stick to the rule  1 population represents 1 medieval family in the system and as a result, we used less linear levels for population capacity of settlements and everything. But it just put an extra layer on everything - think workers or levy soldiers - that hasn't had any real benefit to any aspects of the game, so we let it go)