There will be nothing cookie-cutter about Feudums! Right from the beginning, players will find Feudums to be anything but a standard AAA game. From the moment you step into our game, you'll find things a lot different - and better!

Victory in a standard cookie-cutter medieval game usually goes to who can build the biggest army and bulldoze their opponents. Feudums will offer that as one way to win - but it will be just one of many! Feudums promises not only to be multi-dimensional when it comes to victory, but will reward different styles of play as well.

There will also be options on how you can play. Initially, players will play MMO-ranked game sessions hosted on unique maps and running with different settings. After our MMO has been released, we also plan single- and traditional multiplayer gaming experiences - customized worlds for battling AIs, running single-player, co-op or even educational scenarios, or simply holding a private, quick multiplayer game session for your own friends.  All this versatility meant we needed flexible and powerful victory conditions.

So we built in modding options for nearly every aspect of Feudums - including the victory conditions.  The foundation of every game will be that at least one winner emerges and a maximum game length is set before a session can start.  Feudums has no interest in running games that never end.  When players know what they need to do to win and the time frame they have to do it in, it creates more excitement and tension within the session as every tick brings the end that much closer.

Before we take a closer look at each victory condition, you might want to read the companion piece to this article, Family Matters. It explains how every Feudums player will develop a noble house and how each game is played by a different persona from that noble house.  This is important because while you might not win each game you play in, it is possible to add achievements to your house that remain even after the game has ended. Over the long arc of all games played, these achievements will create the legacy of your noble house and create more variables for your games in the future. In other words, even if you can’t win all the games you’re playing - you can have secondary goals in a specific game to gain an advantage that will enhance your house bloodline.

Victory conditions activate after about one third of the game has passed.  This gives players time in the early part of the game to lay the groundwork for their playing strategies.  However, once the victory conditions go live, any player who gets close to achieving one, the game will automatically broadcast a warning to all other players to inform them.  Rumors spread like plague even in the Middle Ages!

Among these preset conditions, as was mentioned at the beginning of this article, the most basic victory condition is the one of conquest. Empire Rising (Domination, Intrigue) happens when a player has built a realm that cannot be matched by any other player.  To claim this victory, a player must maintain a Dominion score that surpass the preset condition and be larger than the sum of the Dominion scores of the next some independent players’ for a set period. Dominion is the total sum of the player’s size and number of vassals.  It’s a team victory: the player and their direct vassals win the game and all receive prizes ... though the player receives the best ones.

Then, The Bard’s Tale (Quest) victory may happen when a player subsequently accomplishes a set amount of Heroic Challenges before anyone else does (the amount of required Heroic Challenges may vary based on the size of the world). Heroic Challenges are typically “against the odds” missions similar to single-player story-based quests. It’s a solo victory - the player gets all the prizes.  This may be the option most role-playing gamers strive for - be remembered through the legends, sagas and tales of your people. 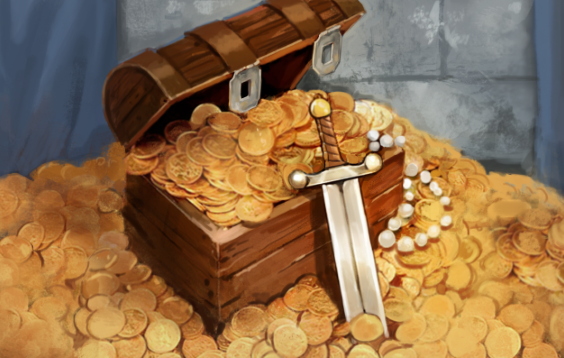 A Dance of Dragons (Economic) victory would happen when a player has amassed such wealth that it cannot be matched or surpassed by other means. To achieve this, a player would surpass a preset amount of coins banked in his or her treasury and it is also more than the total wealth of the next some players together for a set period. It’s a team victory - a player and all his direct vassals win the game, though the player receives the best prize.  City and economy builders will probably find this their best option. You do not always have to resort to bloodshed to make your mark and leave an ever-lasting legacy. 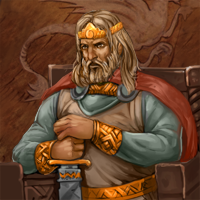 The Defender of the Crown (Warfare, Timed) victory would happen when any player who has been crowned as a King or Queen announce themselves to be the new High King or Queen. There can be more than one self-proclaimed High King at the same time. Think to HBO's Game of Thrones for an example of this condition - as the Lannisters, Starks and Targaryens all had competing rulers claiming the mantle of High King or Queen.  In Feudums, as soon as this event happens, the player’s diplomatic relationships with the other potential rulers automatically revert to hostile while every current ally gains a Proper Reason to declare war on the pretenders. If the High King can hold out against the onslaught for a set amount of time or he or she can eliminate a set amount of rival kings or queens, he or she will win the game. It’s a team victory: the player and all his direct vassals are considered winners, though as always, the player receives the best prize.

Hint: there is no rule against a High King offering peer position for other kings or queens thus eliminating them as rivals… and making them vassals ... if they’re up for such a degrading offer. Can you convince them to bend the knee?

Finally, if the game ends without a clear winner from the other conditions then the Paragon of Virtue (Score) kicks in. Essentially, this rewards the most chivalrous player the throne - it is a solo victory and the only one that cannot be turned off. This makes every decision you make in the game all the more important.

The ladies and lords tried to battle it out but no political alliance nor any particular lineage became dominant. The land has bled white and the throne still sits empty; the Interregnum should end now, or there will be no-one left to rule. In such a difficult situation, only a person whose Virtue is second to none may gain support of the ever-warring parties and bring the tortured lands ... peace.

Feudums is a game that rewards cooperation and teamwork on every level. We want players to have a large contingent of vassals (or bannermen).  In fact, you'll need allies if you want to win.  If a player has long-term allies, their achievements count towards team victories like Economic and Domination. If they win the game this way, both the player and the allies, along with their direct vassals are considered victors. The individuals' prizes, however, get scaled down for each allied player.

Also, to prevent an exploit of this rule, the maximum number of allies that may count is also limited based on the map size.

Hint: dropping allies out might be either part of a strategy (for getting better prizes) or something that can crush the dreams of an alliance (if they fall out of the Victory Condition due to a perfectly sabotaged relationship but the remaining parties still win the game).  However, dropping allies without Proper Reasons will negatively affect your Virtue score ... so many options to consider!

Did you serve the lord right… and may I ask... the right lord?

For all the Victory Conditions, whether it is a solo or team victory, the victor(s) are granted a small purse of Golden Forints that they can distribute to their allied or vassalized players - the bigger the win, the larger the sum of gold. This is specifically offered to the victors to acknowledge and reward team play and loyalty… but it’s up to them how they are going to split the coins between those that are eligible for the reward. 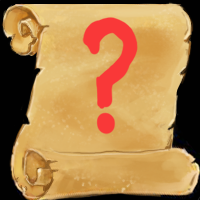 Do you think you have a cool idea for a Feudums' Victory Condition? For any suggestion that sounds great which we can implement without game balance issues, we’ll give you credit and in-game rewards. Please find us on Discord or the forums web site and pitch your idea.  We're always willing to listen to great ideas!

Did you enjoy what you just read?  Do you think Feudums has potential?  Show your support at Patreon!

It's about time we start working on the features for the next playable milestone and therefore, we're asking you to give us your feedback on what you'd prefer to start trying out next time.

The game is intended to be free to play and free to win, but creating it is expensive. If you hold this project dear to you please consider a monthly pledge.  Monthly support would ensure we can remain independent and complete this very unique grand strategy MMO you would never see from big game companies.